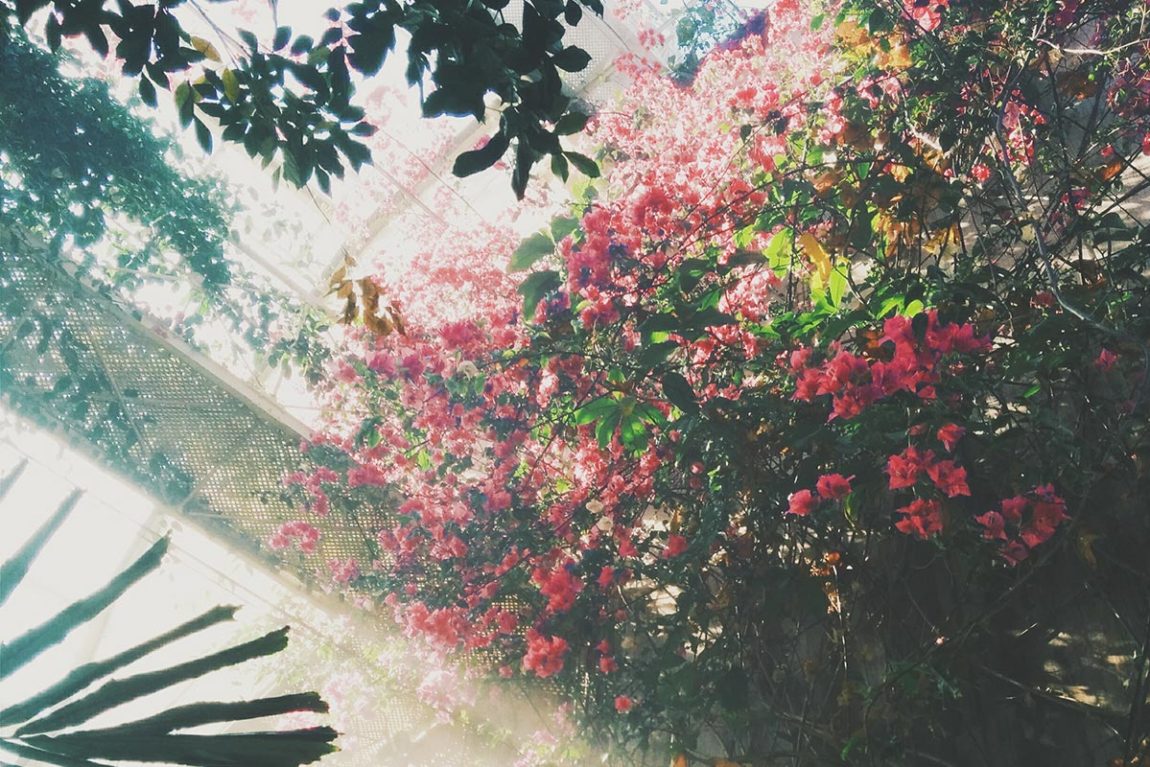 Orientation of greenhouses for optimization of natural sunlight resources

Sunlight is certainly difficult to replace regarding crops. The contribution that natural light provides to a plant, from the very beginning of the growth process, is vital to obtain a good yield and quality of the crop.

However, the correct use of this natural resource must be carefully considered, especially in greenhouses in the United States and Canada, due to the difficult and sometimes extreme climatic conditions that could imply an important deficit of “supply” of sunlight.

It is important to remember that a greenhouse will have a suitable natural light passage as long as it has favourable orientation for it, also according to the structure that will protect that crop.

For those that live in areas where they have the opportunity to take advantage of the light and plan to build a greenhouse, there are recommendations that must be considered. For example, the greenhouse should be placed facing from north to south, so a more uniform light is provided to the crop and the shadow effect of the supporting structure is minimized. This happens typically in those areas below latitude 40° because the angle of the sun with regards to the Earth is greater and allows a synchronized shadow movement throughout the day.

If you are above latitude 40º you should try to have a corner of the greenhouses structure that goes from east to west, which permits low angle light to enter from one side and not from the ends or extremes of the tunnel structure. There are certainly additional conditions that influence natural light conditions and that will depend on the surrounding locations of the greenhouse. For example, additional sources of light and heat may be required resulting in an increase in production costs for the farmer.

John Biernbaum, Michigan State University professor of horticulture  states that: “While an east-west orientation works well in most northern latitudes, there are some exceptions…If heavy snow is an issue and wind can help move the snow away, an alternative orientation might be used.”

Don’t forget that direct sunlight is counterproductive at certain times of the day or seasons of the year, because it can cause irreparable sunburn on the crop. If a more diffuse light is achieved, it will probably be able to reach the lower parts of the plant canopy and therefore ensure equal, or at least balanced, growth rates. Another interesting fact is that during winter, the location of the sun is much lower than in summer, which influences the amount of shade inside the greenhouse. It can be a defining factor in case this coincides with the critical growth stage of the crop.

There are other factors to consider such as the direction and intensity of the wind, as well as the topography of the land. A flat location with good drainage will offer the best conditions for the construction of a greenhouse, which won’t require greater stress from the structure. It is important to have easy access to water and a stable electricity service.

In the same way, when determining the orientation of the crop row, the north/south direction is suggested to improve the distribution of light throughout the day. If the direction of the wind goes against the furrows established and could prevent air circulation, it would be wise to change that direction so that the air enters the interior of the greenhouse. 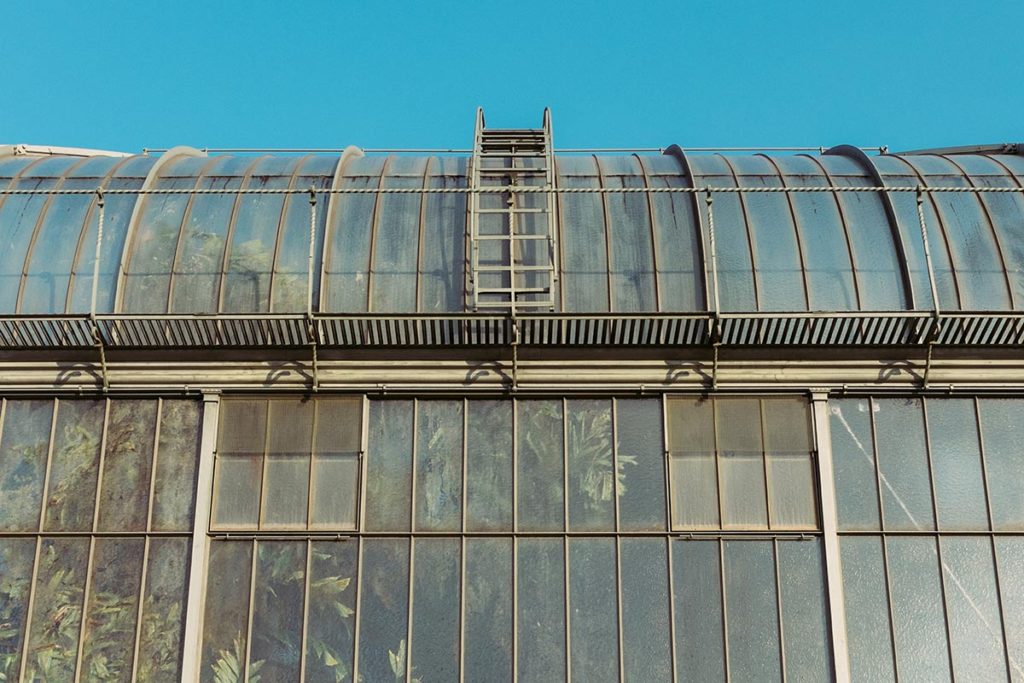 Photo by Samuel Zeller on Unsplash

Another crucial factor for consideration is the material chosen for the greenhouse cover in order to create a more stable “greenhouse effect”. In the case of a surface with glass texture, the amount of diffused light can be increased significantly, without reducing the total level of light transmitted. However, there are many plastic options for covers with specific qualities depending on specific crop requirements, such as light transmission needs or selective blocking of the photosynthetic light spectrum.

When it comes to glass greenhouses vs. plastic ones, a good example of how you can take advantage of plastic covers to maximize the use of sunlight is the experiment performed by Papadoulous and Hao (1997), who using double chamber plastic film covers, managed to obtain a higher production of cucumbers in comparison to glass greenhouses used in climatic conditions of the southwest of Ontario, Canada, thanks to the increase of the diffusion of solar light that is achieved with this type of plastics. The main benefit of plastic covers vs. glass covers is the reduction of operational costs in its installation and its greater flexibility in different climates and types of crops.

Light throughout the year to favour crops

As we mentioned before, being able to have supplementary (artificial) light expands the possibilities of having production throughout the year, especially at times when natural light is not received during a significant part of the year. This is the case of greenhouses that are equipped with lighting systems that allow high levels of efficiency, in order to compete successfully with productivity in the domestic and foreign markets.

There is a science, so to speak, behind this type of lighting. There is still a lot of ground to explore in this regard, since technology is rapidly evolving from when traditional sources of light were used, such as the high-pressure sodium lamp (HPS). For example, the arrival of light-emitting diodes, known as LEDs, offers higher efficiency for greenhouse lighting and lower consumption of electricity.

The main advantage of LEDs is how low their artificial temperature is. Thus, it is understood that they can be placed directly inside a crop without damaging the plants, unlike the ones previously used (the HPS) that were suspended from above the structure. In fact, it is proven that the use of LED lighting is between 30% and 80% more efficient than HPS light.

In this sense, there is ongoing research by the industry such as the one developed by the Agriculture and Agri-Food Canada (AAFC) that tries to determine how the quality of light can affect the growth of plants and their nutritional value.

The composition of the light spectrum can also influence the production of certain compounds in the plant; in fact, the interest is even focused now on how it contributes to the production of antioxidants. Dr. Hao and his team have analysed how different light spectrum compositions influence plant growth, fruit performance and antioxidants in cooperation with Dr. Rong Cao’s team at the Guelph Research and Development Centre of the AAFC.

However, it is worth mentioning that the ideal situation would be to maximize the use of natural resources such as sunlight that do not imply extra costs for the farmer, they are eco-sustainable and produce no industrial waste.

In any case, whether it’s natural or artificial lighting, the orientation of the greenhouse for the optimization of light input on the crop is the key to a more efficient and marketable production of plants and vegetables. 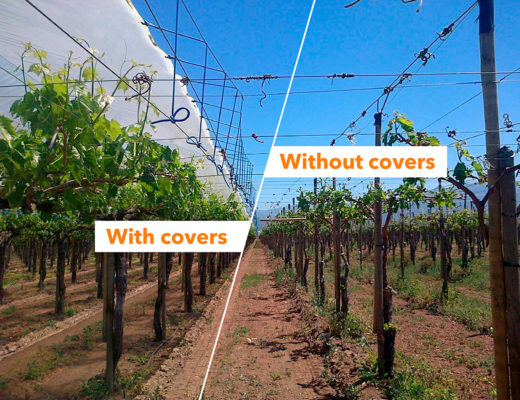 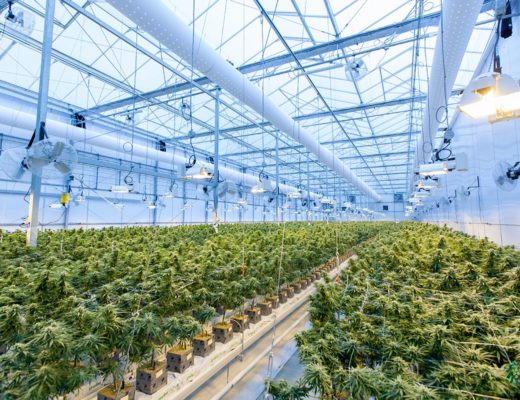 The color of plastic covers for greenhouses 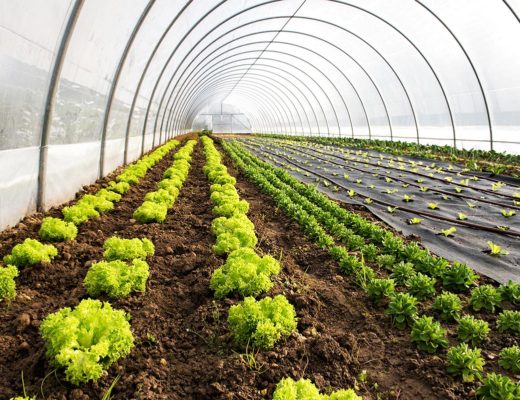 How to control temperature in greenhouses