The role of silage in the meat industry

Several factors affect the good management of livestock feeding systems, which explains why nowadays farmers around the world who are in charge of meat production are constantly looking for new strategies and alternatives to keep their animals well-nourished with excellent quality food.

In this article we will talk about the role of silage in the meat industry and how important it is to keep strict measures for handling and storage, to preserve its nutritional and food properties longer.

Over the last years, the meat industry has faced challenging moments that have induced farm owners and producers to devise new tactics to continue meat production, without leaving aside their quality standards.

Among these challenges is the Covid-19 pandemic, which aside from interfering with the production process, has also disrupted the channels of supply and distribution of food for livestock, resulting in the productive and economic detriment of many of these farms that have had to manage to survive.

Another impending factor is climate change, which has affected the general production of food as well as the fodder needed to keep the meat industry on its feet.

The use of silage for animal feed in farms is vital, and even though in countries like Canada many producers have been feeding livestock with silage for decades, other countries are barely considering this alternative. The good news is that the figures suggest that more farmers will adopt silage in the meat industry as the first nutritional alternative for their animals, leaving options such as hay as an alternative.

Advantages of silage in the meat industry

Likewise, there are other aspects to consider such as the additional investment that farmers must make to adapt their infrastructure and food equipment since it is essential to develop a new skill set and prepare for the entire adaptation process as it happens with any new practice.

Some producers who have worked with silage in the meat industry describe silage as an essential element of the present and future of meat production.

There are those who, instead of using dried bales because they are unpredictable from year to year, prefer to rely on foods such as corn, and have been feeding corn silage to livestock for years, since in addition to being very nutritious when it’s mixed with other cereals, it has allowed them to reduce production costs, compared to dry hay. 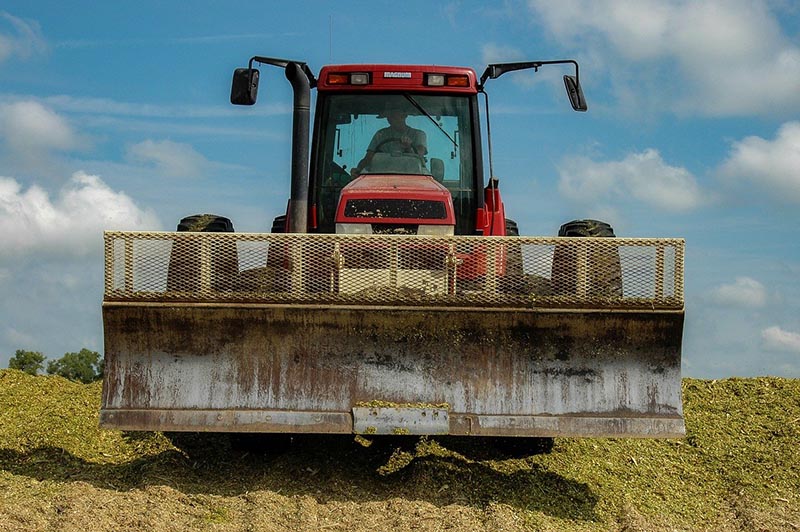 Silage in the meat industry

Kevin Duddridge, a Canadian meat producer with a family business that runs an operation of at least 220 heads of cattle including cows and calves, states that corn is one of the most amazing plants since one of its qualities is having an excellent root that can find water, even when there are extensive drought seasons and when conventional hay usually fails.

Corn is ideal because, despite adverse conditions, there is always a guarantee of a good harvest. Also, another quality that attracts many meat producers is that it costs half the price per pound of dry matter, in terms of production costs.

In regions where the climate is extremely cold in general there’s no time or suitable conditions for conventional hay to dry and cure until the required standards are reached, so it’s usually placed as soon as possible in silage, so it can preserve most of its nutrients, avoiding the risk of losing it altogether, which would then force producers to feed animals with dry bales with a (very) low nutritional level.

According to information published on the website of the Beef Cattle Research Council, meat producers such as Duddridge often test the ingredients of their food to develop a complete ration through the combination of several elements such as corn silage, cereal straw and a protein source from canola or soy flour.

Some people work with local farmers to pack the corn stubble waste that they need to pick up from their fields. Custom silage operators are also hired to pack up the material into a stack of approximately 40 feet wide and 300 feet long. They cover the stack with plastic and weigh the edges with composted manure from their farmyards.

Ideally, for silage in the meat industry to be considered optimal, the same must reach at least 65% of moisture to allow proper fermentation. There are meat producers who have managed to harvest crops with even lower humidity levels. In the case of corn, it allows a wider margin for the time when it should be cut, making it more flexible. It will all depend on the considerations and the management given to it by each agricultural producer.

The balance of moisture levels is directly proportional to the quality of the final product because with too much moisture comes an increased risk of problems in the silage, such as toxins and mould that may compromise its integrity. For more information about this topic, we recommend our article entitled minimizing mycotoxin problems when it comes to storing animal food.

While corn silage is extremely popular, there is a type of hay universally used to feed livestock: dried and cut alfalfa. It’s a high-quality product, especially in times of scarcity when it’s especially useful to have hay reserves available as a food source for livestock. One recommendation that meat producers often receive is to try to take full advantage of fast-growing seasons, such as spring, a season when more fodder is produced than at any other time of the year.

The importance of livestock feed, the treatments it receives, and the care given to grazing lands are just some of the many aspects that affect the production of quality products in the agricultural market. 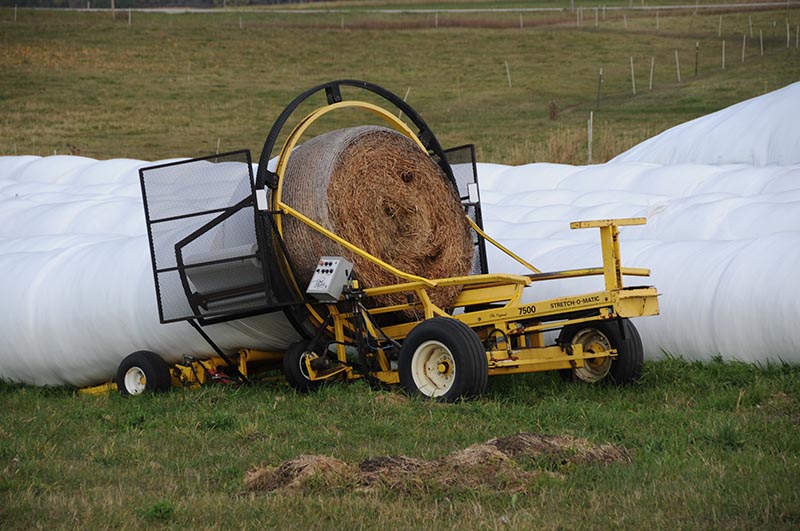 One of the aspects that worry producers the most is having the necessary space to store silage, so they are always looking for new alternatives that allow them to save space without losing the possibility of storing large quantities of food.

One of the most common techniques is packaging hay in cylindrical bales and using in-line balers to pack their bales into silage, as a way to ensure adequate levels of moisture and prevent the loss of leaves and stems, contributing to a higher density packaging.

There are meat producers who use balers with roto-choppers that help a spinner pull the product through knives connected to the baler, cutting the material that enters to a size of at least an inch long, all this while the packing is taking place.

In this way, the bales are covered with a net wrap and a wrapping machine pushes the bales from one end to the other in a long and continuous row, so they are covered simultaneously with plastic. This method has several supporters, who say that there is less damage when you have a smaller area to place the silage, so the bales are organized more quickly compared to those that are wrapped individually.

For more information, we recommend reading our article entitled Why is it important how densely packed are hay bales to improve livestock nutrition?

The use of plastics to store food

There are many alternatives to improve meat production and one of them is to guarantee that animals have quality food. This, among so many variables, is achieved using agricultural plastic films that help store fodder in a better way, as well as to extend the shelf life of seeds and foods that will later be consumed by livestock.

Meat producers must make sure that the inputs contained in silage plastics, including oxygen barrier plastic films (OBF) and plastic silage bags, are in optimal condition.

While plastic can be a bit expensive and some may be tempted to use lower quality films because they believe they are cutting back on operational costs, the truth is that using the right kind of plastic film will offer better results in the long-term since there will be less deterioration, guaranteeing that silage will be in perfect condition and with all the ideal nutrients for the wellbeing of the animals. Better nutrition evidently results in better quality meat.

Also, many workers in the livestock industry agree that it is better to invest in quality silage plastics to prevent environmental or pathogenic factors, such as mycotoxins, from directly damaging food and animals.

To learn a little more about livestock feed in the dairy industry, we recommend reading our article on the Best Practices for Milk Production.

Certainly, the role of silage in the meat industry has become more relevant over the years and promises to continue to grow. The silage harvest manages to adapt very well to the processes of a meat farm, since producers can frequently make planting plans a year in advance or more, and changes can even be made along the way to keep the crops flexible.

A key aspect that producers should consider is the importance of strategically placing crops in silage to keep weeds at bay, and also and daring to combine different cereals such as barley, peas or oat straw, as well as other seasonal crops, to obtain a ration for livestock that’s as diverse and complete as possible.

If you need more information about the plastics used to store food, you can write to us through the contact page or directly to any of our experts whose contact information you will also find on this page. 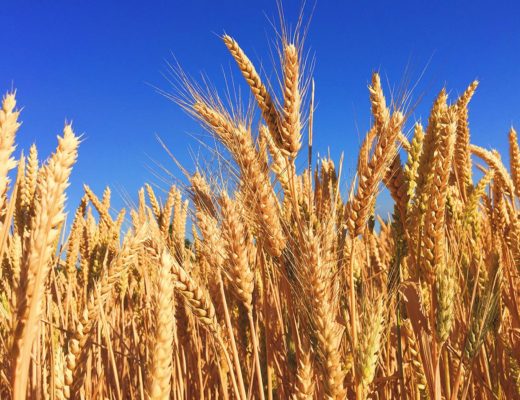 Barley as the first official “currency” in the world 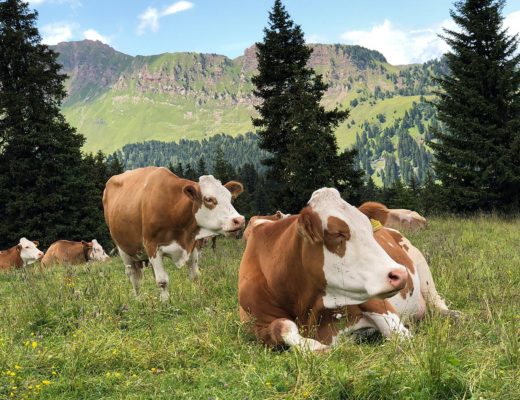