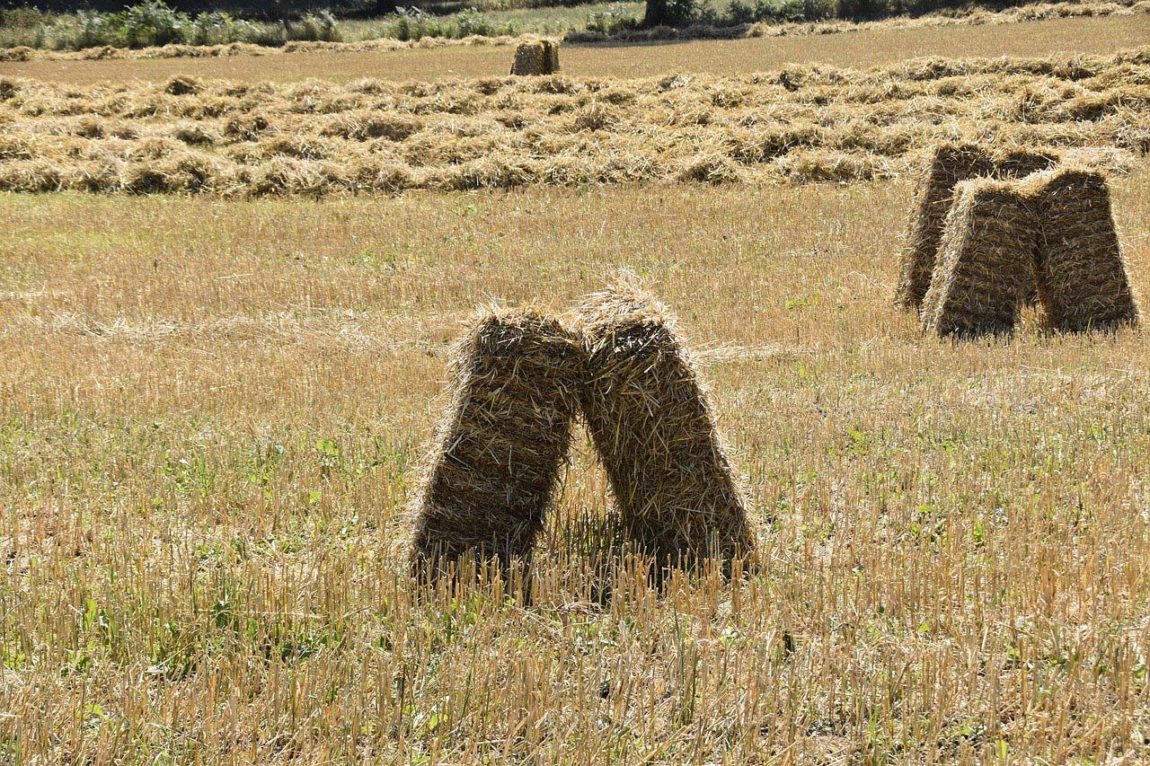 Forage harvesting: what factors cause losses and how to solve the problem

Obtaining good quality forage is vital to increase and maintain animal productivity, which is why agricultural producers dedicate time to perform specific measures and invest many hours thinking and designing new strategies that allow them to make the most of the forage harvest, preventing it from going to waste.

There are several factors that can cause the loss of forage harvest, so we’ll talk about some of them below so you can consider them and know what measures can be implemented to avoid or minimize these scenarios.

What causes the loss of forage harvest?

The factors are diverse, however, one that always stands out relates to the failures that can occur in the storage process after harvesting, as well as in the management when it comes to feeding the animals that consume the forage harvest. Therefore, preventive actions must be taken, since the monetary value of the losses during the harvesting, storage and feeding of hay can be significant.

Another recurrent factor is the loss of dry matter that occurs when aerobic organisms break down the carbohydrates that are present in silage. This happens when there is a presence of oxygen that is trapped after improper packaging, or when it enters through the cover located at the top, as well as when runoff water is filtered through the silage placed against the wall, allowing oxygen to pass through the feeding face/side during the feeding process.

To avoid this, once the forage has been collected and storage is carried out for an extended period, it’s necessary to maintain the anaerobic conditions within the storage structure. In this way, the fermentation processes that cause damage and loss of forage are prevented.

Regardless of the method of silage chosen, losses can occur during the actual feeding and due to rejection from the animals or waste caused by them. According to information published on the website of the University of Wisconsin, one of the reasons for the loss of forage feed is when cattle access dry hay bales, since they stomp on them, over-consume them, and even use them as beds to rest.

To avoid these losses, one option is to limit the access of cattle or other animals to the places where the forage harvest is stored. It’s also effective to feed the livestock during the day and at different opportunities until it reaches its full capacity, a measure that prevents it from wandering around the area constantly looking for hay and feeding more than necessary.

This minimizes losses because there is a control of the quantities supplied to the animals and instead of feeding the cattle once a day the dose is administered equally. This feeding alternative will force livestock to eat what they might otherwise refuse, overconsume, stomp on and waste. 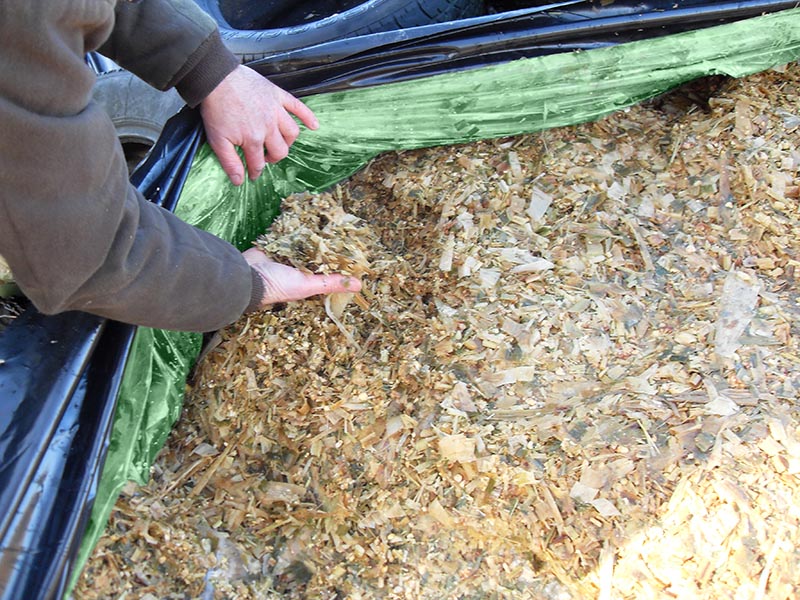 It is always possible to improve the levels of productivity of animals, especially when it comes to milk production when the appropriate measures are taken. In this sense, silage plastics are especially useful, as they allow to store and extend the useful life of seeds and food that will then be consumed by livestock. Therefore, producers should make sure that the supplies contained in silage plastics (among which oxygen barrier films (OBF) and silage bags stand out) are in optimal conditions.

When storing the forage harvest in silage bags, one of the crucial measures to avoid losses is to close the bags after each feed. There are those who choose to place ropes, or chains with weight on top of the bags or near the edge, to decrease the possibility of oxygen entering between the plastic and the silage.

Another factor that influences the loss of forage harvest is when raking is performed and dropped directly over the same soil from which it is collected, this results in considerable waste, instead of being beneficial, because it ends up combining with other herbs that aren’t necessarily good for the final forage that will serve as food to other animals.

Ideally, once the forage is being raked, it should be deposited in a special container making sure it doesn’t fall into the ground, so it can be later dried, distributed and placed it in its final warehouse, thus avoiding compromising the integrity of the hay if is mixed with other unforeseen agents. If, on the contrary, it is inevitable that it will fall into the ground, the recommendation is to implement measures that allow the forage to be kept dry and away from humidity which causes the oxygen to enter, activating the microorganisms that break down the hay, and resulting in a total loss of the forage harvest.

One aspect that should not be overlooked when it comes to the storage of the forage harvest is the high probability of mycotoxins to arise. Once the harvest is done, begins the critical point of the preservation stage, where proper handling of the forage is necessary to prevent the appearance of fungi that can compromise the quality of food. Using silo bags or barrier films can be particularly useful, as these toxins have difficulty appearing or multiplying in foods with optimal and quite dry storage environments.

How to avoid losses in the forage harvest?

While farmers have noticed that one of the best alternatives when collecting forage is to do so when it is not yet dry, as this implies a greater loss of dry matter, the truth is that there are some techniques and specialized equipment that can significantly reduce these losses.

According to information published in the website Penn State Extension, some agricultural experts reported swapping their hay rakes for hay mergers, even for use in dry hay. Some of the reasons were to reduce dry matter loss (MS) and increase the nutrient content in baled hay. By cultivating a significant amount of hay acres, its return on investment may be faster than other agricultural businesses.

An example of these losses can be seen in alfalfa crops, which is one of the most common when talking about forage. In this case, when the collection process through raking is carried out, there is a loss of dry matter that ranges between 1 and 20%, which explains why doing so when it is almost dry will cause a higher percentage of leaf loss.

It is recommended that the moisture levels of the alfalfa are between 35 and 40% before raking. Another factor to consider is the change that can occur in the concentration of nutrients the forage, as raking increases the likelihood that the raw protein will be reduced by half a point and the digestible dry matter is reduced by 1.2 points.

Post-harvest losses of alfalfa and other hay can be divided into the period of time from cutting to packing and the storage period from packing to feeding, which includes transportation.

One of the alternatives to minimize losses and maintain the nutritional value is by performing a quick drying, which will depend on the conditions of the environment where the crop is located at, such as temperature, solar radiation (one of the most important), wind and soil humidity.

Often, cutting alfalfa in the morning hours is best during wet seasons, however, it’s also beneficial to do so in the afternoon hours because the plants store vegetable sugars during the day, increasing their nutritional value when the animals are fed.

Some experts agree on the importance of using alternatives such as oxygen barrier films (OBF) to guarantee the quality of forage by protecting it from external agents. The key is to choose plastics that include an oxygen transmission rate (OTR), since the lower the OTR factor, the lower the oxygen permeability of the plastic film and, therefore, the better the results. The goal is to keep the forage protected and with the least chance of oxygen flowing through the silage.

Also, experts agree that depending on how the hay packing process is performed, it will always be better to try to achieve denser bales that help improve the quality of stored forage. In this sense, the higher the density of the bale, the lower the pH and the sugar content of the fermented bale, since the levels will remain within the required standards and the anaerobic conditions will be the best to carry out the fermentation process until reaching the desired level. 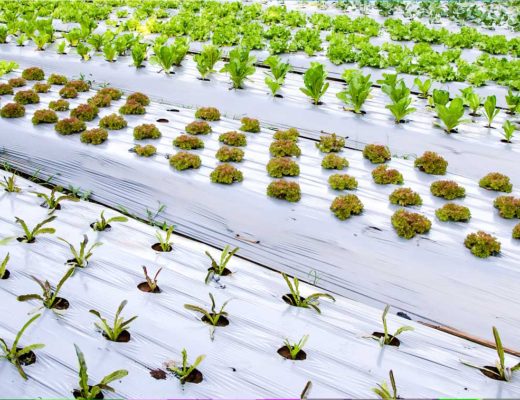 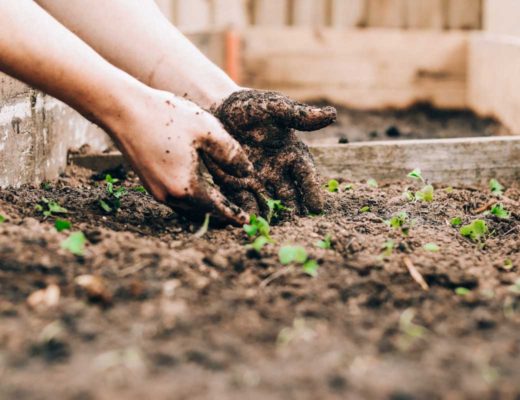 Agricultural events in LATAM in 2022