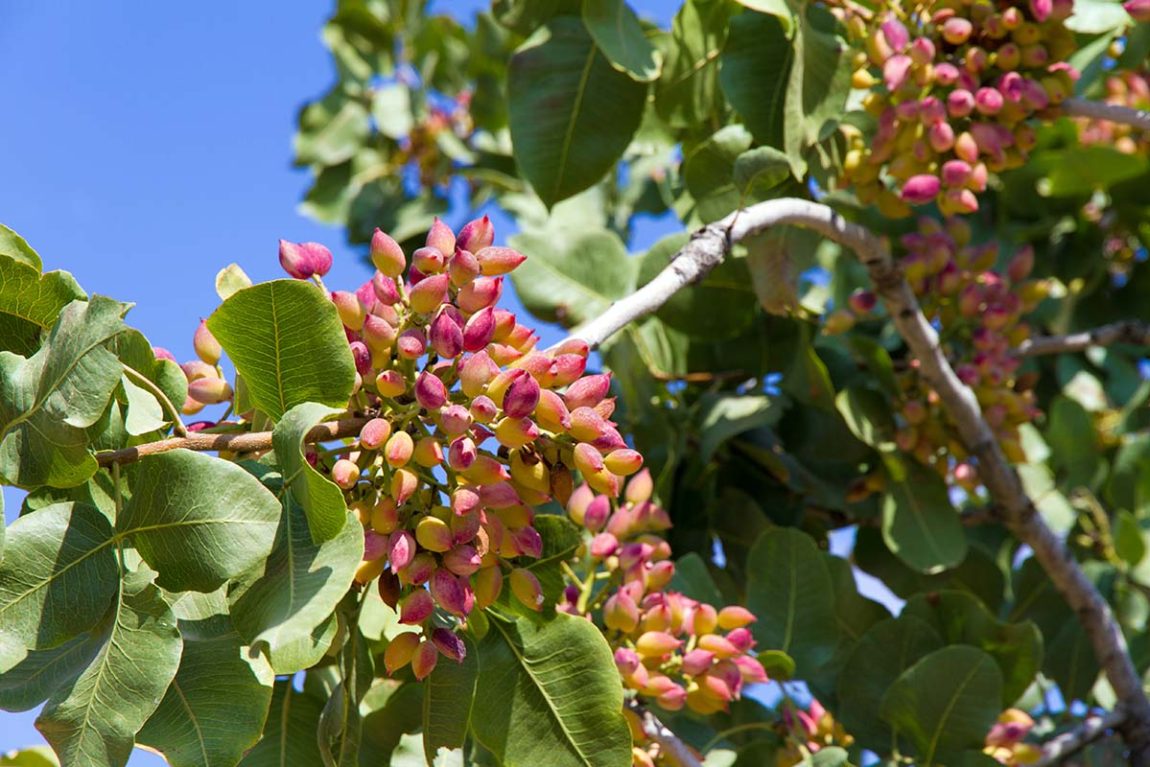 In the world there is a wide variety of nut species that are becoming increasingly popular thanks to their flavours, colours, aromas, and textures, as well as their nutritional properties and versatility when it comes to gastronomic and botanical uses.

Among these, we find pistachios, one of the nuts that has caught the attention of farmers especially in the United States, where its production has increased considerably since its arrival around the end of the nineteenth century.

How did pistachios arrive to the United States?

The arrival of pistachios to American lands didn’t happen by chance, as it took place after they were brought from Persia, currently Iran, when several studies began and decades were devoted to testing and implementation focused on making the plant successfully thrive in American soil.

In the beginning, it turned out to be a challenge because most of the varieties tested were not able to adapt well, in this case, to the climatic conditions and to the Californian soil, despite having great attributes such as a high degree of fertility and a climate between dry and warm with winters that aren’t too extreme.

Fortunately, years of efforts and experimentation resulted in pistachio cultivation being established, and the seeds were planted on a larger scale and without much inconvenience in California, that today is the main region for the production of these nuts in the USA. 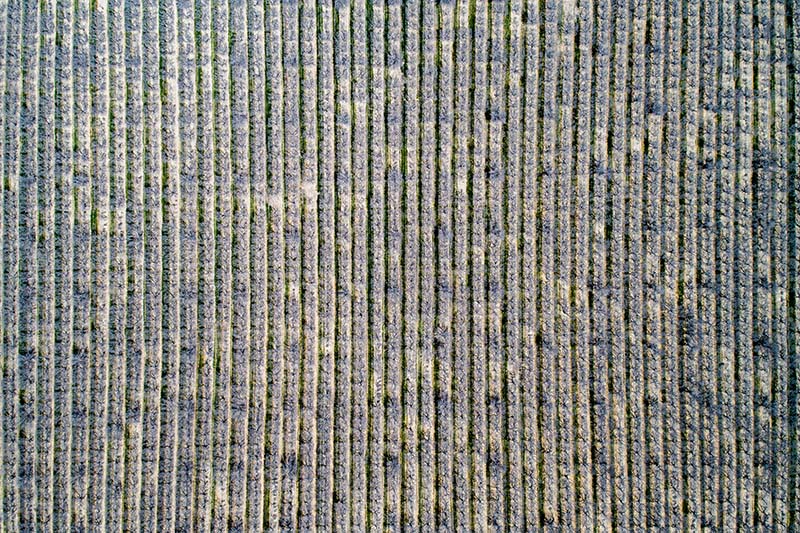 Pistachio production in the United States

Pistachio production in the United States has been increasing considerably, as evidenced if we look in detail at the data corresponding to the first commercial harvest obtained in California in comparison to more current growth figures.

According to the website of the California Department of Food and Agriculture, in 1976 a total of 1.5 million pounds of pistachios were produced with the first harvest, while the following year the cultivation of pistachios acquired a more formal and established character, reaching 1,700 acres. By 2012 the figure had increased exponentially to around 178,000 acres and over the years the growth of the planting areas continues to increase.

Today, almost all of the pistachios that are obtained throughout the United States are produced in the state of California, while globally the country produces approximately 280,000 tons of pistachios per year, with 321,236 acres, managing to position itself in the first place, while Iran, with 617,763 acres, is responsible for the production of 200,000 tons per year, occupying second place.

For 2018, according to the California Agricultural Production Statistics, pistachio cultivation yielded profits of $2.62 billion in the area.

How to grow pistachios

One of the key aspects to achieve success in the cultivation of pistachios is to guarantee that the production process is developed optimally by improving the conditions of the environment, thus obtaining quality products and increasing the amount of nuts harvested in each season.

Pistachios are usually quite resistant when environmental conditions are ideal and are handled well in areas where temperatures can reach 14°F in the winter season or up to 118°F with the arrival of summer.

These are crops that need plenty of sunlight and a well-drained soil that prevents the roots of the tree from rotting because there is too much humidity, especially in winter, so long summers with high temperatures are ideal for the fruit to mature properly. It is common for pistachio trees to produce quality fruits with high yields in soils where the pH is maintained in a range between 7.0 to 7.8 of alkalinity.

Advantages of mulching plastics for the cultivation of pistachios

While pistachio trees develop perfectly in drought conditions, humidity should be kept at the appropriate levels when required. To achieve that, farmers should use some tools to guarantee that everything runs smoothly, so the use of mulching plastics has become one of the most viable options to retain water and improve production when it comes to pistachio cultivation.

Also, agricultural producers have found a great ally in mulching plastics with reflective qualities, as they are especially useful to take full advantage of sunlight. Its benefits include:

Mulching films with highly reflective surfaces that help increase the levels of sunlight around the tree area are essential where there are partial shade conditions. Besides, they contribute to raise air temperature levels and improve the process of photosynthesis in the cultivation of pistachios, resulting in a superior growth and higher yield of pistachio trees.

This type of mulching usually doesn’t increase the temperature at night or during extremely cold days, so temperature control is much easier. However, it is always essential that farmers are vigilant, as each region and each land have specific weather conditions that will require specific care.

Diverse studies have shown that larger pistachios have been achieved with the use of reflective mulching plastics, compared to those grown without using those plastic films. Thanks to their properties, these mulching plastics allow to delay the presence of weeds, preserve soil humidity, and keep under control some pests that can transmit diseases to pistachio crops.

It is likely that reflective mulching plastic films will lose effectiveness over time, either due to wear and tear caused by the sun and other environmental factors or by the growth of trees that end up covering more of the visible surface. However, the advantages are usually greater and what is required is to be careful and attentive to any changes that come up and, if necessary, replace them with new ones.

We also recommend you read other posts that you may find interesting: the different types of mulching and their different advantages in crops and weed management in crops.

If you need advice regarding the selection of agricultural plastics for your crops, don’t hesitate to contact our team of specialists. 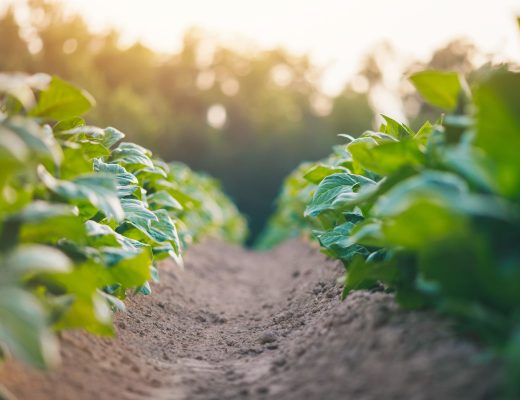 Agricultural land in the world 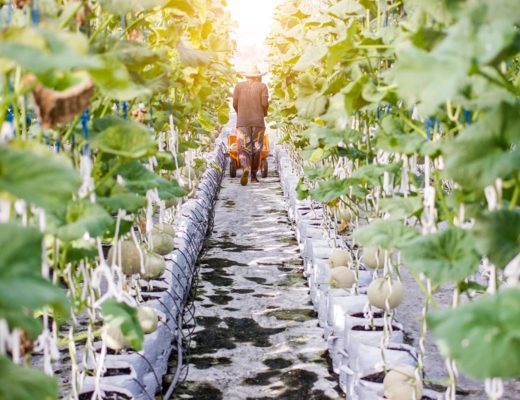 Use of mulching for growing melons 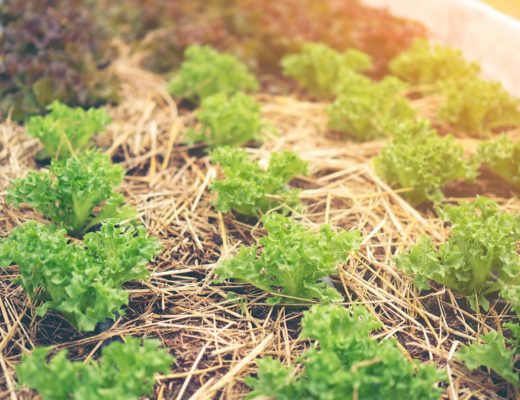