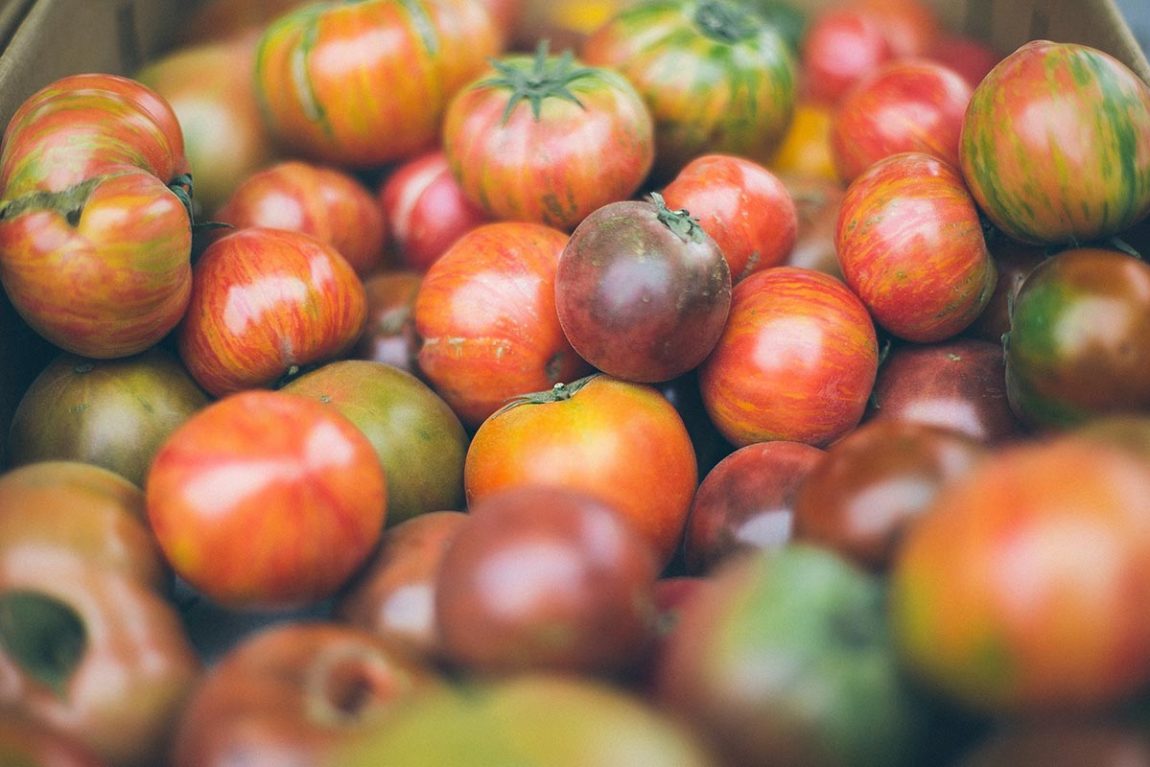 Export of tomatoes and blueberries from Mexico to the United States

Tomato is one of the most demanded and offered fruits in the United States and its export from Mexico has a long history. Each year estimates regarding the possible increase or decrease of trade are made, and for this 2020-2021 season, the U.S. Department of Agriculture anticipates that the export of Mexican tomatoes to the U.S. market can reach 1.87 million metric tons, which translates into 2% more, compared to the previous cycle.

For Mexico, the trade of this fruit to the United States is very significant from an economic point of view, accounting for almost 99.7% of the total Mexican tomato export market.

According to data published on the website Opportimes, tomato exports in 2019 were valued at approximately $2 billion and are by far “one of the largest beneficiaries of the fruit and vegetable trade in Mexico, since the creation of the North American Free Trade Agreement (NAFTA) in 1995, when exports were valued at just $406 million.”

Although initially these export figures of tomatoes from Mexico to the United States looked unpromising, the truth is that things have changed over the years.

Due to the effort of agricultural producers and the continuous improvements that are implemented in terms of technology, today it’s possible to increase production levels, have exportable supplies throughout the year and obtain fruits with higher quality standards, which is ideal to meet the demand of the domestic and American market.

In that regard, we recommend watching our webinar Biodegradable raffia twine in relation to the cultivation of tomatoes.

Although the process of exporting tomatoes from Mexico to the United States has been successful since its implementation in the mid-1990s, the same has faced certain fluctuations.

Since 1996, those exports had to be administered under the terms of the Mexico-U.S. Tomato Suspension Agreement (TSA), following an agreement between the two nations to set aside an anti-dumping tomato case, requested by the Florida Tomato Exchange.

Part of what was stipulated in the agreement considered its revision and renewal every five years since its effective date. However, by November 2018, the Florida Tomato Exchange asked the Department of Commerce to invalidate the 2013 Suspension Agreement.

“By May 2019, the Suspension Agreement was terminated, the 1996 Anti-Dumping Investigation (AD) was reopened, and tariffs were applied to Mexican tomato exports to the United States. In September 2019, the Department of Commerce and Mexican tomato producers signed another agreement discontinuing the ongoing anti-dumping investigation into fresh tomatoes from Mexico,” explains the website Opportimes.

Following this, a new agreement was executed to establish referential prices for several varieties of tomatoes which range from $0.31 to $0.826 per pound.

Also, as of April 2020, a team from the Agricultural Marketing Service of the U.S. Department of Agriculture is responsible for conducting an inspection for heavier tomato varieties, more specifically Round, Roma, and Grape tomatoes in bulk. In this way, the American government seeks to have greater control over the price to be quoted as a result of the weight obtained. For more information on the current status of this situation, please click on the link here. 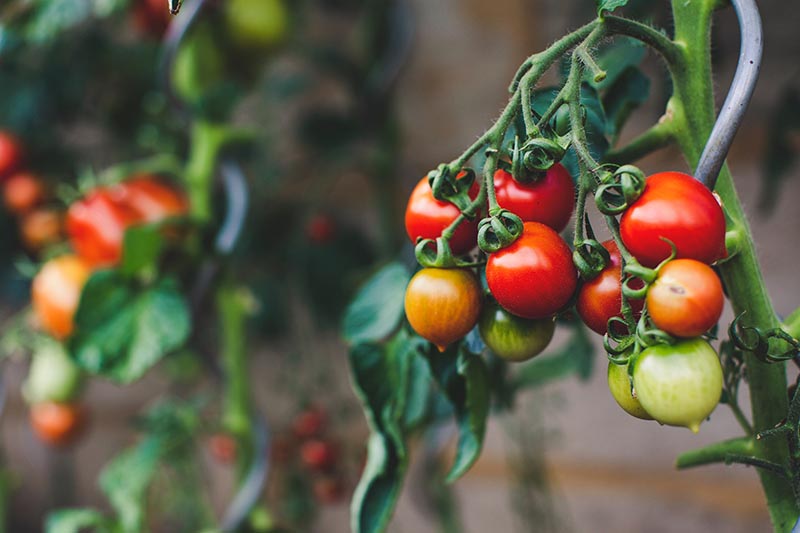 Export of tomatoes from Mexico to the United States. Photo by Markus Spiske on Unsplash

According to the Mexican Agricultural and Fisheries Information Service, the production of Mexican tomatoes by March 2021, when the agricultural year that started in 2019 closes, will reach approximately 3.33 million tons. Despite being a high number, it represents 3% less than the previous cycle, this is a result of the changing climate of the Sinaloa region during the fall and winter seasons.

According to the website Fresh Fruit, it’s estimated that the area to be planted with tomatoes in Mexico from October 2019 to March 2021 will represent 114,928 acres, 3% more than the previous year.

The U.S. Department of Agriculture estimates that by the 2021 agricultural year, which runs from October 2020 to March 2022, 3.47 million metric tons will be produced, representing a significant increase in the production figures that have been handled so far.

To learn more about the cultivation of tomatoes and their historical importance for humanity, we recommend reading our article entitled Tomatoes: One of the most cultivated and widespread fruits in the world. You may also find it interesting to read about high tunnels and how they can help this fruit to grow, as well as to manage climate risks.

Export of blueberries from Mexico to the United States

When it comes to blueberries exported from Mexico to the United States something peculiar, and very different happens, compared to tomatoes. According to information published on the website Opportimes, no tariffs will be paid in the United States in the process of exporting blueberries.

This was recently determined by the United States International Trade Commission (USITC), which states that this fruit exported from Mexico, in any of its presentations, doesn’t pose a threat to the American industry. The reason behind it is that the amounts the nation imports are not high enough to cause an imbalance in the market, and instead, they complement the domestic production so that American consumers can enjoy the product year-round.

While for 2019, Mexican blueberry exports reached close to $219 million, for that same year Peru moved to first place as the external distributor par excellence of these fruits in the U.S. market, with profits reaching $485 million.

Other countries in the Americas also successfully export their products to the U.S., for example, Chile with $313 million, Canada with $116 million and Argentina with $33 million. 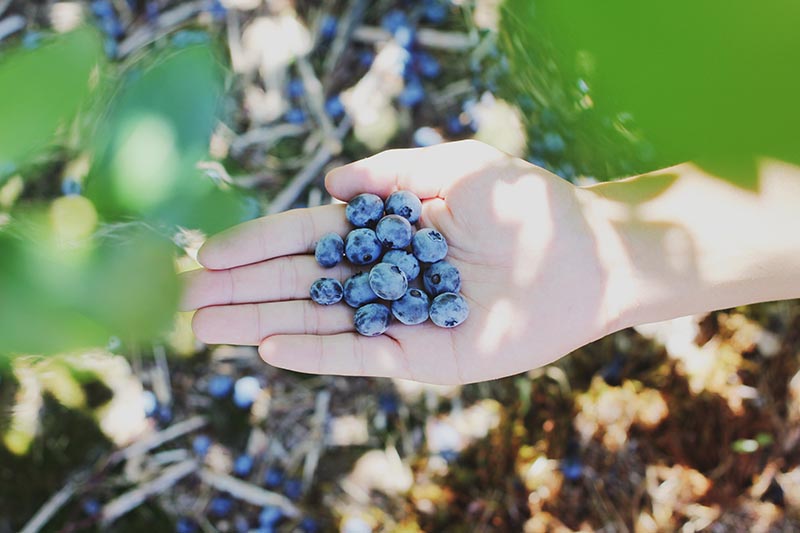 Export of blueberries from Mexico to the United States. Photo by Farsai Chaikulngamdee on Unsplash

It’s common to have some competition to get to first place between food producers and suppliers in every market in the world. While Peru has managed to take the lead in exports of this fruit to the United States, Mexico is managing to bounce back.

Recently, and according to data published in the website Fresh Plaza, the Peruvian Exporters Association (ADEX) indicated that Peruvian blueberry exports to the United States fell by 48% in the first half of 2020, compared to the same period in 2019, for a total of 44.8 million. For the Peruvian blueberry industry this represents a setback, as growth seemed unstoppable for the last two years.

But why is this happening?

This is basically an effect caused by the Covid-19 pandemic, in addition to the competition and the low prices offered by Mexico. This whole scenario caused the United States to import larger amounts of blueberries from Mexico, since it’s geographically closer, which in turn allowed them to save some capital. According to ADEX, Mexico managed to export blueberries to the United States for $242.9 million in the first five months of the year.

According to data published in Statista, exports of blueberries from Mexico to the United States have managed to increase almost nine times between 2012 and 2018. This has allowed the Mexican blueberry industry to reach more than US$300 million over the past year. “In comparison to the previous year, this represents an increase of over 32 percent. Blueberry production in the Latin American country amounted to 40 thousand metric tons that year.”

As you can see, there’s plenty of data regarding the world of tomatoes and blueberry export from Mexico to the United States. The trend indicates that, despite the global pandemic situation and the diverse competitive scenarios currently observed, the figures promise to continue rising, achieving higher levels of quality, production, and export. 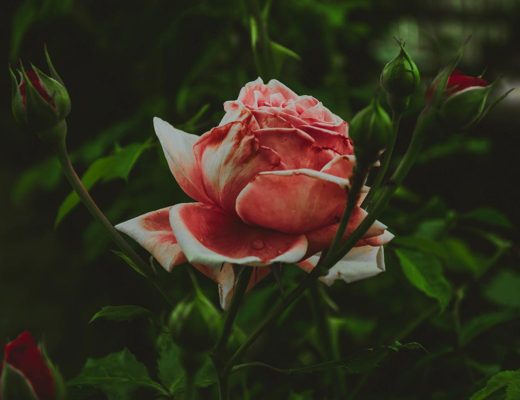 Tips for growing roses and agricultural plastics recommended to do so 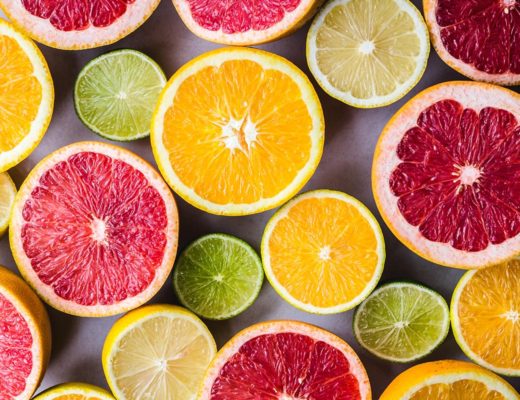